When Jacqueline Windh from British Columbia province of Canada was running under extreme conditions of Kalahari desert at 50° Cel (122 Fah), the water in her bottle was hotter than hot tub back home. Yeah, she drank that. If you thought that was amazing, how about this one- she ran her first marathon when she was 43.

The Huge Idea to Unlock the Power of Our Legs

Jacqueline Windh finished the extreme marathon in which her husband Dave Gilbert, 50 also ran and completed the race. They share the same passions of adventure and sports. Dave has been doing triathlons (swimming, cycling and running) since his teens and had more endurance. When they came together, they started running ultra marathons (ultramarathon is a race longer than typical marathon of 42 km).

So, what was the simple idea which completely transformed Jacqueline's marathon performance? Read on, as we look at what is single largest factor which limits our ability to perform better. Offcourse we will see how can we deal with it, too.

Ability of Our Bodies to Meet Challenges

To understand the main challenges successfully met by Jacqueline, let's quickly look at what faced her at Kalahari desert. It was as much a game of mental endurance and resilience as it was physical. Completely different geography, climate, terrain under extreme weather conditions made it one of the toughest challenges for any sportsperson.

Talking of challenges, specifically she faced:

The Idea to Free the Brakes on Your Running Performance

So what's the "secret" idea that completely transformed Jacqueline from just another marathoner to one of the toughest ultramarathoners? The secret is she just wanted to make her running more interesting. How could that translate to a great idea? Have patience and read carefully what follows.

Jacqueline was a photo journalist and adventure writer, mostly covering adventure sports till the year 2005. She took to running for a weird reason, that later became her biggest strength. She thought of getting better pictures by running the race herself instead of standing with the crowd or at the cycle stands or parking lot.

Soon, she started her training and in the year 2007, she was running her first marathon at the age of 43.

She thought normal marathons were boring because they were ran on roads. The idea of running the trails attracted her passionately. She always had the passion for adventure and it was like a great turnaround.

Does that mean I am suggesting the great idea is to abandon the marathons and embrace ultra running or something similar? Hell, no. Far from it.

Jacqueline quite unintentionally unlocked the great, natural potential of her performance by simply changing her running track. Did you guess the great idea here?

She chose to move from hard surface (road) to softer ones (trails). Can you now clearly see what applies brakes when we run? I will go to solution part in a moment but I want you to clearly see the point here.

It's the hard surface that slows and wears us down with time. This is a brake that a good training can only offset but not completely overcome. Hard surface takes the toll by wearing down our joints and gives rise to Achilles tendinitis and Plantar Fasciitis.

This is the single biggest reason responsible for the fact every runner faces knee, foot or heel injury within first 100 km.

What Can A Marathoner Do to Remove This Running Speed Braker

Not everyone can or should jump to ultra running like Jacqueline Windh. Marathon running is a great sport that I love and I shall never suggest anything remotely similar.

Our solution lies in the difference in hardness of roads and average ultra running trails. We should go for a really cushy footwear or shoes. If required, insoles (not necessarily custom made) can be used. When we focus on the right combination of surface we are running and the type of cushioning a shoes provides, we will have nailed down the biggest limiting factor that wears us down in every marathon and also over months and years.

Thankfully, we don't have to battle the extreme challenges that Jacqueline and her husband Dave had to. We can continue on the same surface but reduce it's impact on our performance and endurance. As I mentioned above, we can use foot type specific shoes which provide great arch support, for example.

That is one huge takeaway for us from Jacqueline Windh story. Look at the kind of hardness a surface has and get the best foot "support" to neutralize the motion impact on our foot and knee.

Beyond all real life, practical or tactical talk above, there is something called belief system. It is really heartening to see how will and self determination coupled with belief in self can beat toughest of challenges. Suddenly, words like calories, muscles, strength, age, gender and challenges seem so minute in front of towering self belief. That is the morale of Jacqueline story. 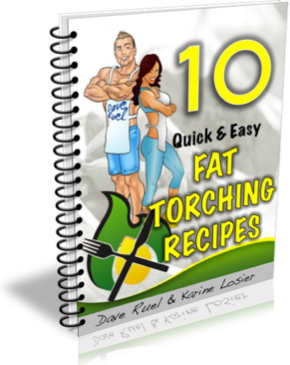 I've had Plantar Fasciitis for about 18 months, during which I tried exercise, medication, splint and tapes with countless visits to the doc hoping relief from agonizing pain.